Something for the weekend! 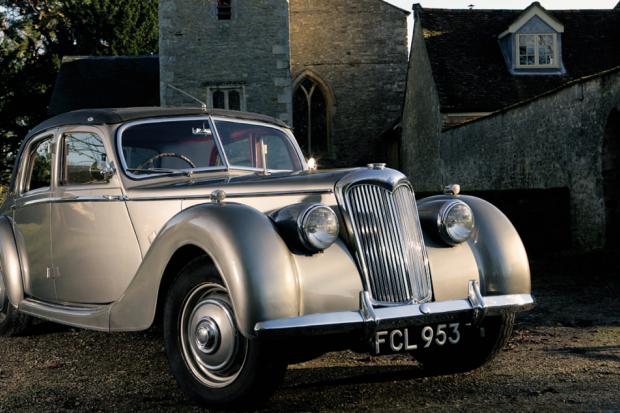 Riley’s RM series is usually cited as the last true iteration of the breed (Pathfinder aside!) because the Nuffield Group, which owned the company, permitted it a degree of autonomy into the mid-’50s before the Riley brand was reduced to just another exercise in badge engineering.

Built from 1945-’55, the RM maintained the Coventry company’s proud history in competition by combining traditional British luxury with surprisingly sporty performance that makes it spritely even in today’s traffic.

Available in twin-cam 1496cc and 2443cc four-cylinder guises, the former’s lighter weight was more suited to town and country lanes, while the heavier, faster, 2½-litre machine was better savoured on the open road, thanks to its higher gearing and extra power.

Despite being launched after the allies had seen off Hitler, the RM still sported a pre-war look and was produced using labour-intensive techniques, including an wooden ash frame.

It had some advanced features for the time, though, such as a vee-windscreen, rack-and-pinion steering, and torsion-bar and double-wishbone independent front suspension.

Aside from the extra weight of the engine, the 2½-litre variant necessitated a longer bonnet and beefed-up chassis, brakes, suspension and radiator, all of which blunted the advantage of the power upgrade.

It is easily identified by a grille badge painted a lighter shade of blue than smaller-engined car.

Performance in the 1½-litre was often boosted with twin carbs or by skimming the heads and fitting a larger SU H4 carburettor.

All models had aluminum bonnet tops – the sides followed suit from 1949-’52 – while the rest of the panelwork was steel.

The complicated roof comprised perforated steel topped by hessian and Everflex rexine, which offered good insulation, but poor long-term protection of the frame.

That’s one of many reasons why, when buying an RM, inspection of the wooden structure is critical – repairing it can be an expensive business unless you have the confidence to take it on yourself.

Check everywhere, including the bottom of the A-posts, the screen pillars and everything attached to them, even the draught excluder and door catches. Less than perfect paint and minor rust aren’t as much of an issue if the frame is sound.

Mechanically, the engines need frequent oil changes if used on short journeys. Make sure there is healthy oil pressure of 30psi at 40mph on the 1½ and 40psi on the 2½.

The steering rack and front suspension were taken from the Citroën Traction Avant and should give a precise feel with good handling. Anything less suggests wear of the kingpins or bushes.

As for cars currently on the market, this example on our site looks particularly interesting. It has been dry-stored for the past 12 years and has been treated to a sympathetic rebuild including a new brake master cylinder with rebuilt copper pipes, new dynamo, voltage regulator and battery.

Said to run well and with a good interior, it also comes with a workshop manual and spares for just £6995.

If rarity is what you want, however, this Roadster is an excellent choice. The advert may be short on detail, but the pictures look great (we’d obviously recommend a first-hand inspection, though).

Its restoration over covers everything from the body to the paintwork and hood. But as one of only around 500 made, its POA tag means it is likely to require rather a lot more outlay than the saloon.

Whatever option you go for – and we think all these Rileys are amazing value – use our buyer’s guide when choosing your machine and you’ll hugely increase your chances of getting a good one.