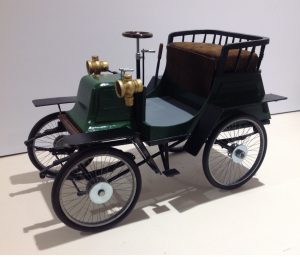 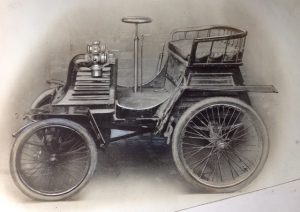 The first items to be tackled were the building of four special spoked wheels and having them fitted with beaded edge tyres. Following on from this we had a complete set of leaf springs made, full elliptical for the front axle and half elliptical for the rear. All of this work had to come from specialist builders and was very expensive making a big hole in our limited budget. Once these items had been received work was started on the chassis and the front axle. At the same time work began on the body frames and panels. It has been necessary to work tentatively in all areas as much experimentation had to be carried out, particularly with such details as the steering geometry. Progress has thus been slow but nevertheless has been steady and on the occasion of a visit from the South Bucks Register members in October this year we were able to put some of the components together to give an idea of how the car is beginning to take shape. 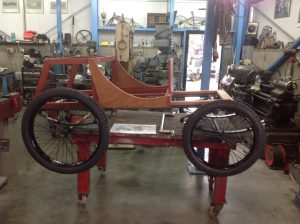 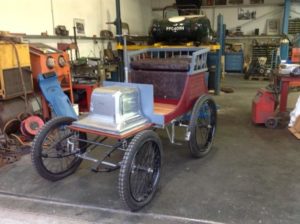 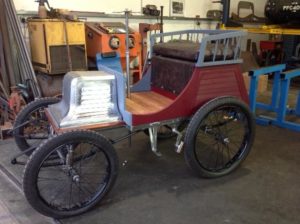 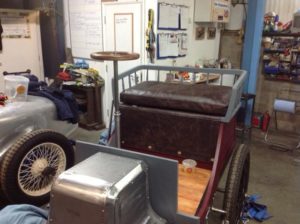